It’s been some time since my last post and I send my sincere apologies. I could give you a list of excuses like…  I was busy wrestling a local alligator or training for a marathon.

Which, neither is true.

Full transparency… I began this post several months ago. I needed to meditate on the title, had to allow it to penetrate… just a little while longer.

Now, say it like you mean it! If you’re as brave as I know you are, then change up the words a little and shout, “I won’t back peddle now!”

It was freeing wasn’t it? 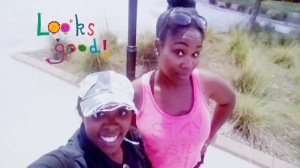 I can remember when the Lord put it on my heart to leave my job in child welfare to become a stay at home wife and mom.  I believed I’d heard from him but I didn’t understand the how… it made absolutely no sense at all. I relentlessly went over our finances, yet the numbers never added up.  My husband and I prayed, we agreed and we decided to walk in faith.

There were moments prior to me putting in my resignation, that I’d ask my husband “are you sure we should do this?”  His response always remained the same, “do you believe the Lord placed this on your heart, and if so, lets do it.”

Though I believed in my heart I was suppose to leave my job, because I didn’t understand the how, I began to fear.  I began to second guess.  I was tempted backpedal.

Glory be to God, we’d grossed more that year than we’d ever grossed in previous years. That year my faith increased, my trust in the Lord increased and my dependence upon myself decreased.

Let’s look at Peter for a moment.  Most of us know the story… Peter in the boat with the other disciples and they see Jesus walking on water.  Peter was unsure of his safety, he didn’t know if safety resided in the boat or out.  He took his chances and asked Jesus, if it be him, then command him to come to him on the water, and Jesus said “come.”

Oh, I can only imagine how excited Peter was. Jesus was calling for him to join him on the water.  This was unchartered territory for Peter, he’d never walked on water before. Much like you and I, there are things the Lord has called us to do that are unfamiliar and can only be accomplished if we put our trust in him.

See, Peter was so excited to be joining Jesus on water, he didn’t think about the “what ifs”. However, something happened…he began focusing on the wind, rather than remaining focused on Jesus.

How many of us have began our journey of following what we believe the Lord has called us to do and in the midst, we lose focus?  Instead of focusing on Jesus, we begin focusing on the circumstances around us.

We have two choices, either we can backpedal to what seems safe or we can move forward into unchartered, unfamiliar territory, which requires us to trust the Lord and walk in faith.

As your sister in Christ, I’m encouraging you… Don’t backpedal now!  Keep pressing, keep moving forward in faith toward the thing or things the Lord has placed on your heart to do.

Life will happen, storms will come, and winds will blow, BUT He who has began a good work in us is faithful to complete it.

Take a moment to share what God has put on your heart, that others may come alongside you to offer up prayer and encouragement.

Unauthorized use and/or duplication of this material without express and written permission from this site’s author and/or owner is strictly prohibited. Excerpts and links may be used, provided that full and clear credit is given to She's a Busy Bee with appropriate and specific direction to the original content.